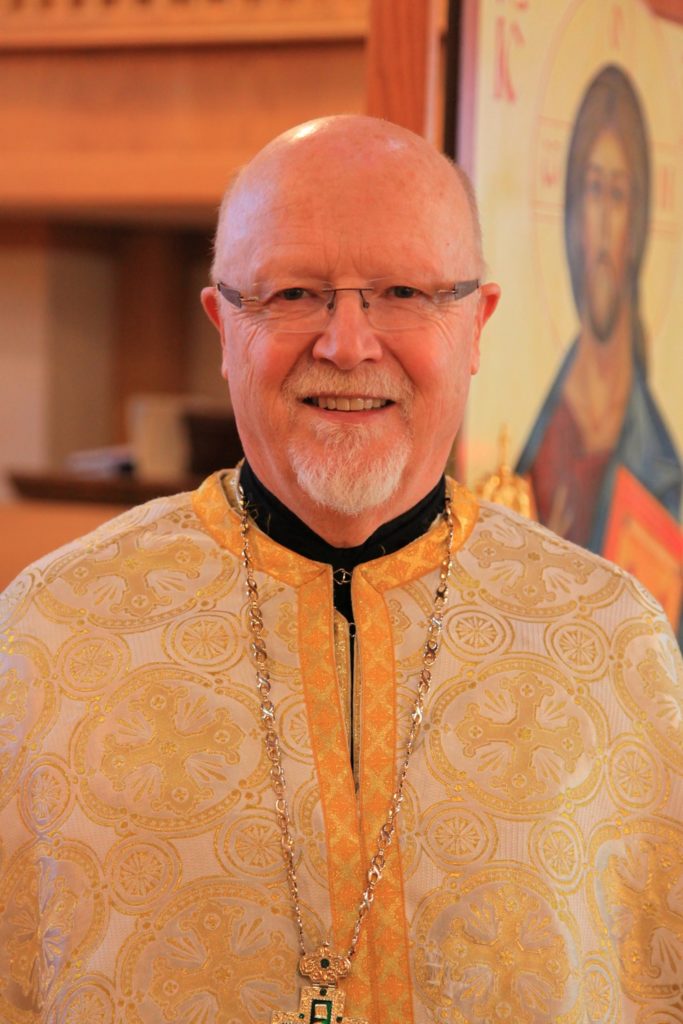 Fr. Phillip Eriksson was born in Saskatoon, SK on Feb. 24, 1952 in his father’s last year of studies at the Lutheran Theological Seminary. Along with one brother and sister, he grew up in Western Canada. From a young age, he was active in parish life, serving as church organist and as a Sunday school teacher and superintendent. He graduated from the University of Saskatchewan. While in studies, he was active in campus ministry, the organist for the Lutheran Seminary and a member of its chorus.In 1977 he embraced the Orthodox faith at Holy Resurrection Orthodox Church in Saskatoon. That same year, he married Barbara (née Kolibab), a parish music director since the tender age of 19. While supporting the family with secular insurance services, he studied theology by correspondence, seminars, personal study and various orthodox theological institutes. He was tonsured a reader in 1987, ordained to the diaconate in 1990 and to the priesthood in 2000. He was a part of the pastoral team at St. Herman of Alaska Sobor from the fall of 2003 until May 1, 2011 when he became the rector of Holy Martyr Peter the Aleut in Calgary. He is a strong proponent of ongoing study for clergy and laity alike and for deepening in faith through active participation in the life and worship of the local community. Fr. Phillip and Matushka Barbara have three children, Jordan Eriksson, Krista Francis (spouse Fr. Matthew and son Basil) and Annika Mang (spouse Cameron and daughters Etta and Julia).

In the summer of 2017, Fr. Phillip was appointed Chancellor of the Archdiocese of Canada – OCA by His Eminence, Archbishop Irénée, Archbishop of Ottawa and Canada. 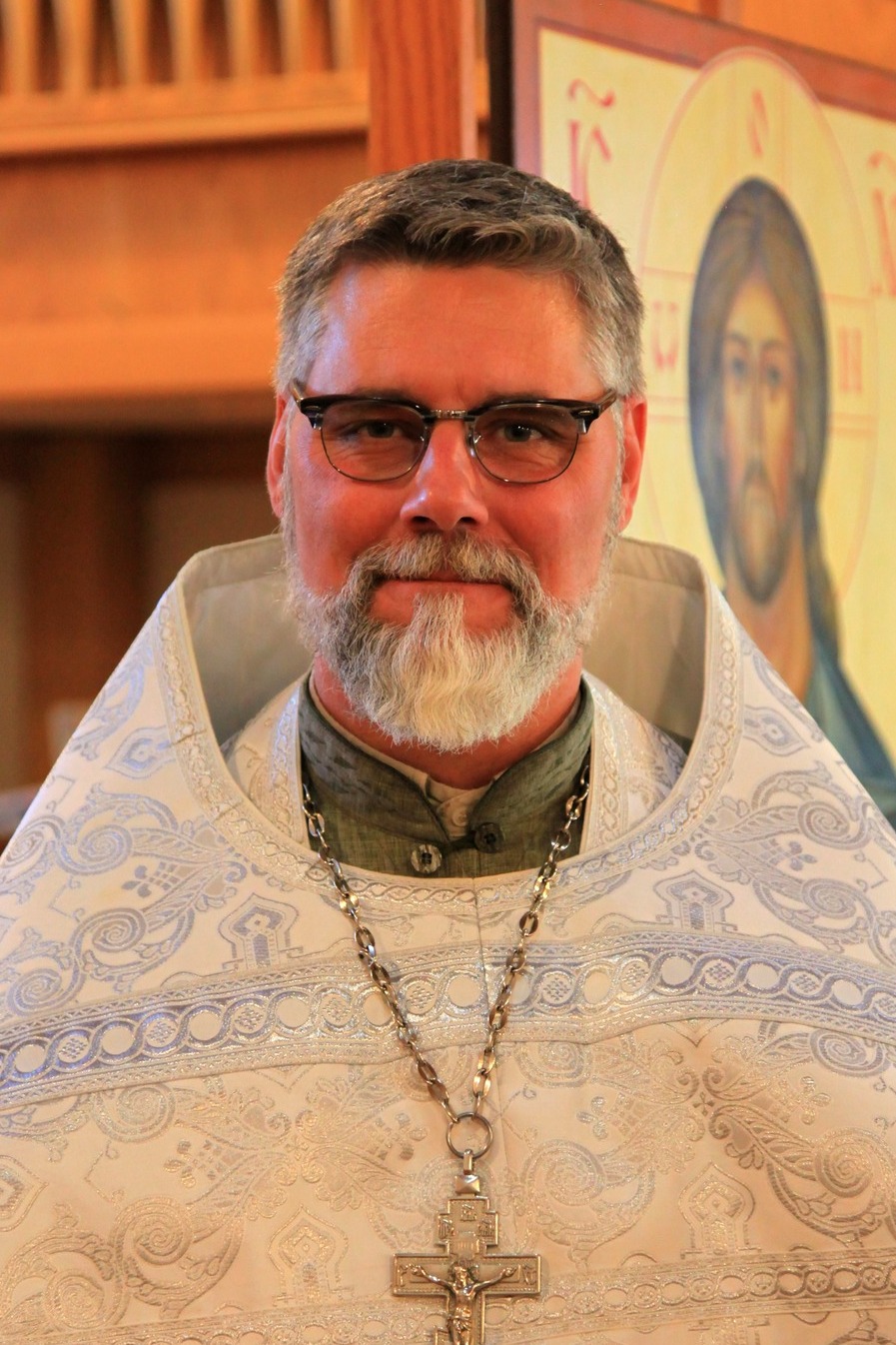 Fr. Sebastian Scratch was born in Quebec on Sept. 16, 1971 while his father Fr. John Scratch was an Anglican Missionary. Fr. Sebastian and his siblings moved throughout Eastern Canada where they finally moved to Ottawa Ontario. In 1979 the whole family became Orthodox, and Fr. Sebastian’s father became a Priest and opened Holy Transfiguration Mission in Ottawa. In 1987 Holy Transfiguration amalgamated with St. Nicholas Church to become Annunciation/St. Nicholas Cathedral where Fr. John served until he retired. Fr. Sebastian’s 5 siblings are all engaged with the Church and his brother Fr. Gregory is a Priest in Winnipeg Manitoba. Fr. Sebastian was married on Nov. 14, 1993 to Helen and they have three children Juliana, Alexandra, Sevastjan Scratch and one grandchild Luca. Fr. Sebastian completed the Late Vocational Deacon Program at St. Vladimir Seminary in 2009, and was ordained a Deacon Oct. 1, 2010 and served at the Cathedral in Ottawa, until he moved to Edmonton Alberta for work as a Social Worker and served at St. Herman’s Sobor in Edmonton and various parishes in the area. On September 24, 2017, Fr Sebastian was Ordained to the Holy Priesthood by His Eminence, Archbishop Irénée, Archbishop of Ottawa and Canada. Fr. Sebastian first served the country Parishes north of Edmonton, and was assigned as the second Priest at Holy Martyr Peter the Aleut Church in Calgary on Feb. 1, 2018. 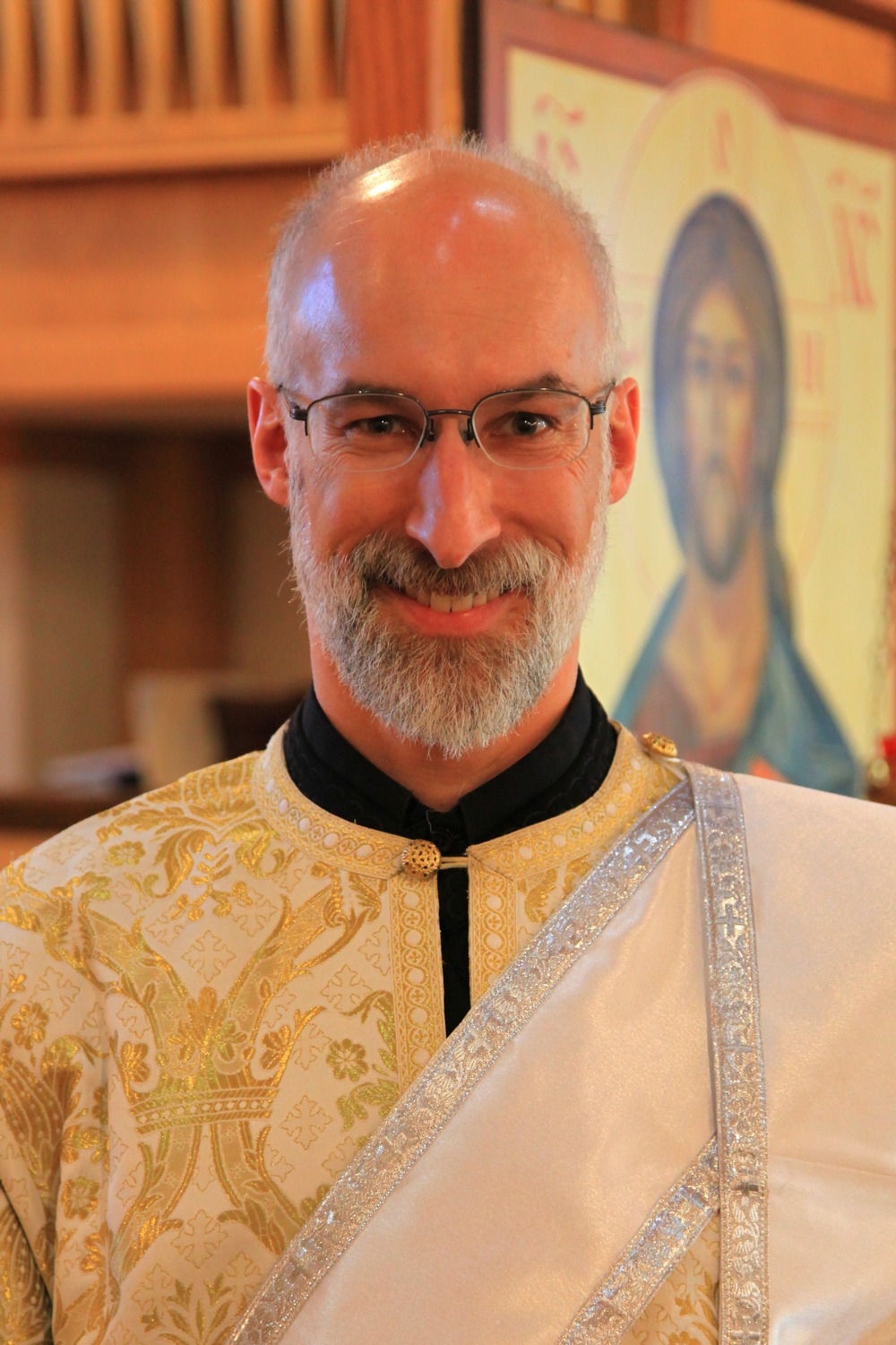 Deacon Kevin, the son of a Protestant minister, grew up as a committed Christian spending many years in a few different Protestant churches. He graduated from the University of Calgary with a Geomatics Engineering degree in 1994 and has had an eclectic assortment of jobs including seismic survey auditing, serving as a missionary with Wycliffe Bible Translators, testing high-end GPS receivers, designing wine cellars, and is currently working as a GIS Analyst. He journeyed into Orthodoxy in 2002-2003 at St. Herman of Alaska Orthodox Church in Langley, B.C. while studying linguistics with Wycliffe. Deacon Kevin was tonsured a reader in January 2006 at Holy Martyr Peter. From 2007 to 2011, while living in Winnipeg, he studied Orthodox theological courses at St. Arseny Institute and was ordained a sub-deacon August 2009 by His Eminence, Archbishop Seraphim. Since returning to Calgary in 2011, he has been serving at Holy Martyr Peter and was ordained to the diaconate July 22, 2012 by His Grace, Bishop Irénée. Deacon Jonathan Goossen grew up in Manitoba, the son of a Mennonite Brethren pastor and Bible camp director couple. While studying at Bethany College, a Mennonite Bible college in Saskatchewan, he met Cindy Janz, and they were married in 1997. At that same time, they began a journey of reading and prayer together with a small group of family and friends that resulted in their 1999 chrismations at St Vincent of Lerins Orthodox Church in Saskatoon. Dn Jonathan was soon after tonsured a reader. After he completed BA and MA degrees in English literature at the University of Saskatchewan, they moved to Halifax in 2006 for Dn Jonathan to study at Dalhousie University. There they began attending St Vladimir Orthodox Church and also became regular visitors at the nearby Hermitage of the Annunciation. Dn Jonathan’s time getting to know the monks there was deeply formative. He completed his PhD in 2011, taught for a year in the King’s College great books program, and then in 2012, they returned to Matushka Cindy’s home province for Dn Jonathan to begin teaching English at Ambrose University in Calgary, where he is now Associate Professor. After many years of serving in the choir and at the chanter’s stand, he was ordained deacon in 2022. Dn Jonathan and Matushka Cindy have four children (Jacob, Luke, Madeleine, and Mark) whom they have homeschooled and put to work developing the family acreage near Langdon.